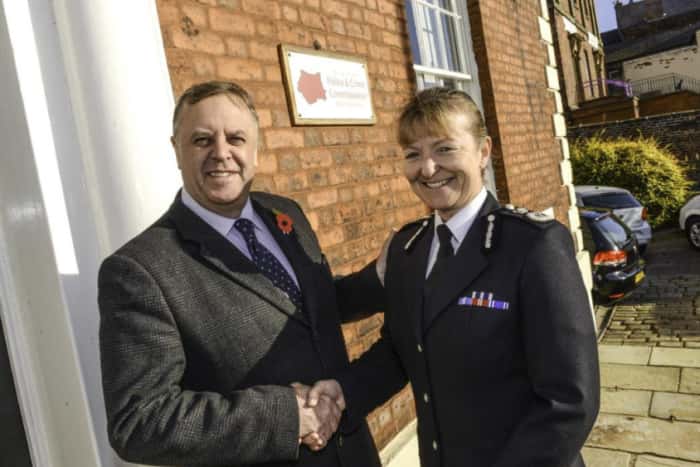 Rumours have been circulating for some time, but it seems that Ms Collins will pass day-to-day control of the force to her deputy, John Robins, at the end of this year.

It is said that the chief will complete her police service at the College of Policing headquarters, in the early part of 2019, as Course Service Director for the next cohort of strategic command candidates. Read more here.

Ms Collins was appointed as WYP chief constable in November, 2016. She was the only candidate for the post. During her tenure, the force’s tarnished reputation has been further damaged by a number of high profile scandals. There are at least three more in the making. All concerning matters on her watch.

She also holds the post of Air Operations Certificate Holder at the National Police Air Service (NPAS). Her effectiveness in that role was again called into question recently, following the, as yet, unexplained departure of the Chief Operating Officer, Tyron Joyce.

In November 2017, NPAS was the subject of blistering criticism by Her Majesty’s Inspectorate of Constabulary (HMIC) who described the management of the service as ‘inept‘ and its financial model ‘unsustainable‘. The NPAS response to Matt Parr‘s withering report is due next month (November 2018). A NPAS insider suggests that the answers are unlikely to satisfy HMIC.

West Yorkshire’s Police Commissioner, Mark Burns-Williamson, chairs the NPAS Strategic Board. He was also responsible for appointing Dee Collins as chief constable. His second failure in a row in selecting a police leader, as the Mark Gilmore debacle cost the county’s precept payers around £750,000.

Burns-Williamson is understood to be facing problems of his own, as a major media organisation is said to be presently conducting an enquiry into alleged serious wrongdoing by the PCC’s office. It is understood to concern the hot topic of non-disclosure.

Both the chief constable, privately, and the police press office were approached for comment. The latter responded promptly. They confirmed the chief’s posting to the College of Policing, DCC Robins taking day to day control of the force in January, 2019, but deny she is retiring. The reader is, accordingly, invited to make up her, or his, own mind. Dee Collins did not reply.

In doing so, it should be noted that Mark Burns-Williamson has not published a Decision Notice regarding the change of leadership on his PCC website. He is required to do so by law (Elected Local Policing Bodies [Specified Information] Order, 2011).

The PCC’s office has not been approached. Their press officer, Dee Cowburn, routinely ignores such requests.

BBC Look North, in a short package put out on Friday 5th October, 2018, adopted their routine role as a public relations facility for WYP and the PCC. The state broadcaster confirmed that Dee Collins was going to the College of Policing on secondment and that John Robins was taking over control of the force. Other highly newsworthy matters in this article were, unsurprisingly, not followed up.