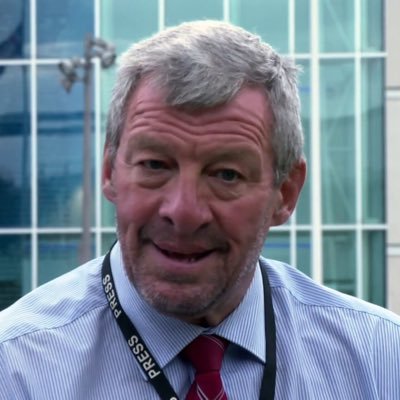 I am a newspaper publisher turned press card-carrying investigative journalist and justice campaigner.

The main focus of my work is miscarriages of justice. This involves challenging police forces, policing bodies and the CPS over investigative and prosecutorial misconduct that has led to wrongful convictions. It also involves regular liaison with the press office at the Criminal Case Review Commission.

My areas of operation are principally North, South and West Yorkshire – and Greater Manchester. I occasionally take on cases outside of those locations if there is a direct link to one upon which I am already engaged.

A number of high profile cases with which I am, or have been, closely involved have been featured on television, radio and in the national, regional and local press. These include Operations Lamp (the ex-PC Danny Major case), Vertex (the Jimmy Savile whitewash by West Yorkshire Police), Rome and Hyson (the £1 million harassment case involving the pursuit of two citizen journalists by North Yorkshire Police) and Operation Nardoo (murder of Diana Garbutt).

Along with the family of Andrew Feather Jnr, I am heavily involved with the painstaking investigation that will, eventually, lead to the quashing of his 2014 ‘joint enterprise‘ murder conviction. Aged 29, Andrew is serving 20 years (reduced from 26) in HMP Gartree. The West Yorkshire Police investigation was codenamed Operation Posehaven.

The latest case to which I have become very adjacent is the Thomas Bourke miscarriage of justice working alongside his family and one of the country’s top criminal appeal lawyers, Jane Hickman.

Complaint advocacy also forms a core part of my justice campaigning. I provide a drafting service for the submission of complaints against the more serious types of police misconduct, and subsequent appeals against investigation outcomes to the Independent Office for Police Conduct (formerly the IPCC). This is done utilising my lengthy experience with, and working knowledge of, the Police Reform Act, IPCC Statutory Guidance and Police Conduct Regulations.

A significant part of my work is pro-bono and any donations would help me to continue to provide specialist assistance to the most deserving cases. This can be done by simply clicking on the ‘Donate’ button on the right hand side of this page or click this link.

I do not provide legal advice, or ever purport to do so, but have succeeded twice, as a lay litigant, in agreeing Consent Orders that gave the effect of quashing IPCC appeal assessments of flawed police investigations. That should be taken in context of the IPCC’s success rate of around 97% in defending judicial review applications.

The most notable case, however, was a defeat in the Administrative Court when assisting Wakefield businessman, Anthony Ramsden. On his first ever visit to Elland Road stadium in Leeds in 2011, he was assaulted by police officers. Over the next four years, the only unsuccessful appeal assessment against five increasingly inadequate police investigations resulted in a substantive hearing of a judicial review claim. The outcome, in which failings of both the police and the IPCC were criticised by the judge, is now oft-quoted case law: R (Ramsden) v IPCC [2013] EWHC 3969 Admin.

I am also one of the very few people in West Yorkshire – or further afield even – who has successfully laid an information concerning private prosecution of a serving police officer.  A warrant was issued, a plea hearing took place at Huddersfield Magistrates’ Court, but the Crown Prosecution Service took over the case and discontinued it on the day before the trial was listed to take place in April, 2016. It was ‘not in the public interest’ they said. The case met the evidential Threshold Test. The officer was promoted after the case was dropped.

I am also one of a increasing number of data practitioners resorting to county court action against errant chief constables who abuse their role as data controllers. Such action has succeeded against North Yorkshire Police and Crime Commissioner and Durham Constabulary.

Outside of my mainstream activities, I am a committed supporter of social justice. Particularly, easing the plight of the homeless (inspired by the story of Leeds vagrant David Oluwale) and victims of child poverty.