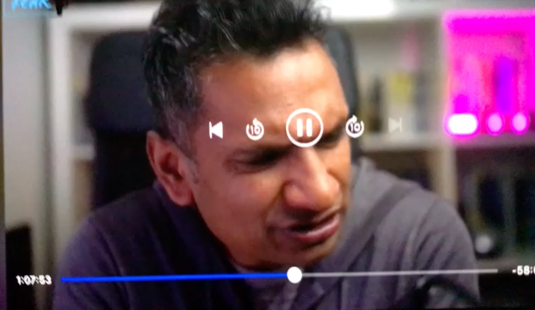 An unemployed political activist, 48 yo Raja Miah, makes his third court appearance tomorrow. He pleaded not guilty to what Greater Manchester Police describe as harassment and sending malicious communications  at Tameside Magistrates’ Court on 3rd February, 2022, following which Miah was bailed and the case was switched to Manchester and Salford Magistrates’ Court at his request.

A second hearing, ostensibly to fix the dates of two separate trials, was held on 3rd March, 2022. It was adjourned without any such fixtures being set due to administrative issues.

A further case management hearing will take place in Manchester later today (Tuesday 12th April, 2022 at 12 noon). The trials are expected to be fixed for dates later this year, possibly July or August.

Miah was arrested in a dawn raid on Mossley, Tameside home in July, 2021 as part of a police investigation codenamed Operation Hexagon (read more here). During a search of his home that followed the arrest, electronic devices and a notebook were seized. He was eventually bailed on conditions that included a night-time curfew. The latter condition was removed at the first court hearing.

He has continually claimed that his arrest was ‘politically motivated’ (read more here) and provides a running commentary on the case, including his defence strategy, on his disgraced and frequently banned social media platforms, styled as Recusant Nine.

The two complainants, a 38yo woman from Salford and a 42yo woman from the Oldham area have been granted anonymity by the court.

Miah has recently run a spectacularly failed petition calling for a Home Office investigation into Operation Hexagon. It attracted around 300 signatures from Greater Manchester’s population of 2.77 million. Hexagon was set up in November, 2019 to investigate claims of large scale child sexual exploitation in the Oldham area.