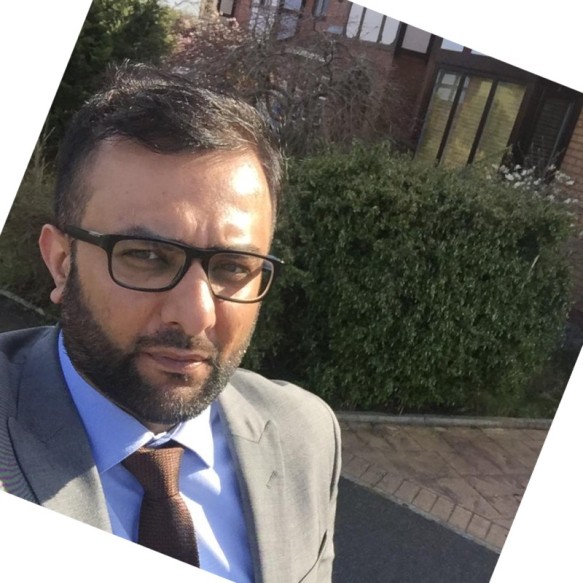 Politics in East Lancashire is rarely dull and today is no exception.

Following publication overnight of the list of candidates who will contest the local elections in Oldham next month, an objection to one of them has already been raised with the Returning Officer, Harry Catherall.

Section 80 of the Local Government Act 1972 states that if you have been convicted, and received a prison sentence (or suspended sentence) of three months or more, in the five years before the election, you are unable to stand in the election.

Khazir Rehman, better known as ‘Kaiser’, received such a sentence at Tameside Magistrates’ Court last year after being found guilty of harassing Labour councillor, Dr Zahid Chauhan. He was handed a prison term of twelve weeks, suspended for eighteen months.

Despite that, he was nominated to stand in the Medlock Vale ward as a Conservative candidate which might, to the independent observer, seem extraordinary in all the circumstances. He previously served there as a Labour councillor and was defeated as an independent candidate, subsequently.

A report has also been made to Greater Manchester Police as it appears that they have locus in such matters, particularly as the subject candidate has signed a declaration affirming that he is eligible to stand. It is an offence to provide a false statement on nomination papers. Providing a false statement could invalidate a candidate’s election, and is also punishable by an unlimited fine and/or imprisonment under section 65A of the Representation of the People Act, 1983 (read here).

The media lead for the Oldham and Saddleworth Conservative Group, Cllr Dave Arnott, has been approached for comment. Over the past six months, the Group has consistently refused to confirm whether Kaiser Rehman has been subject to sanction, or removed as a Party member, following his conviction.

More recently, Rehman lost a huge civil claim against him after harassing and defaming another Labour councillor, Riaz Ahmad. Kaiser faces a costs and damages bill in the order of £200,000 (read more here).

As he is subject to restraining orders in connection with those harassment incidents against sitting councillors it is difficult to see how that would be compatible with being in the same council chamber or committee rooms.

Oldham Council was approached for a statement on the issue but declined to comment. They have been asked to re-consider their response in the light of the substantial public interest in this matter.