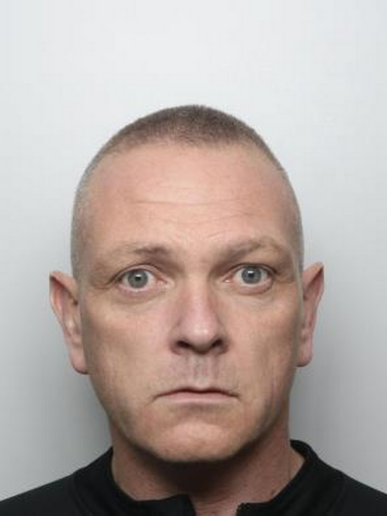 An off-duty South Yorkshire Police officer, who pulled down a woman’s top in a public house and photographed her breasts, has been found guilty of sexual assault at Leeds Crown Court earlier today.

The court heard that Paul Hinchcliffe, 46, a married father-of-four, was drinking in The Church House pub in Wath-upon-Dearne on 3rd October 2020 when the offence took place,

The group with whom Hinchliffe was drinking included an 18-year-old woman who described, in an interview played to jurors, how the defendant started flicking foam from the top of his beer onto her spectacles, which, at first, she thought was “a laugh”.

But she then added: “He was throwing it down my boobs. Then he got his phone and kind of pulled my top open and took a picture down my top.”

Hinchcliffe admitted asking if he could send a photograph of the woman’s breasts to a fellow police officer. He also acknowledged that he sent the victim a series of WhatsApp messages that included this message and sexually explicit emojis: “God, I’d like to do you. Is that bad?”.

She described how she went back to an empty house and said: “I just absolutely cried my eyes out – I was absolutely hysterical”.

She told detectives the conversation had begun when she talked about her plans for a “boob job”. She also told the officers that she had mentioned she had a “chest like a 12-year-old” and Hinchcliffe had said: “You’ve got a bum like a 12-year-old.”

The woman, who cannot be named for legal reasons, said the incident had left her feeling guilty and worried about people looking at her body.

Hinchcliffe told the court last week he was mortified to be on trial and claimed the woman consented to him taking a photograph of her cleavage.

He admitted sending a picture taken down the woman’s top to a colleague but denied pulling the garment down.

Jurors also heard how another officer told Hinchcliffe he would get “locked up” after receiving the image of the woman. PC Ian Dillon said: “My feeling was a combination of being quite angry, because I was with my wife at that point, and a little bit shocked as well.”

PC Dillon also told the jury of another image he had received, one showing the victim and another woman having their photograph taken where Hinchcliffe’s hands were in front of their chests from a distance.

He messaged back, saying: “It’s all looking a bit gropey there Hinchy, you behaving yourself?”

Hinchcliffe replied: “They made me, they said ‘Please, please Hinch pretend you’re grabbing your mammaries,’ I said no and they made me.”

Police Constable Hinchcliffe sobbed in the dock as the jury returned their verdict. A police trainer, based at Robert Dyson House in Rotherham, he is suspended from police duties and will be sentenced at a later date after preparation of a pre-sentence report.