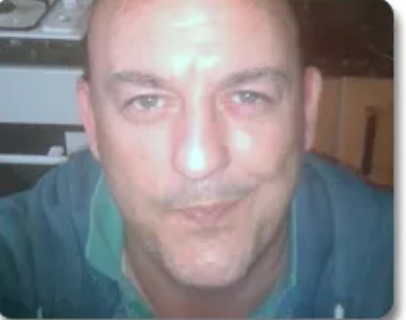 Of all West Yorkshire Police’s rogue officers down the years, the chequered history of this one, ex-PC Kevin Liston (pictured above), informs more about this police force than, very arguably, any other.

The sense that WYP has been, for decades, an organisation out of control at the very top pervades a surprising number of the pages on this website. But what follows here is utterly shocking and resonates strongly with the infamous ‘Supergrass’ police criminality case that was codenamed Operation Douglas. An innocuous handle when one considers how Lord Justice Simon Brown, in a withering Supreme Court ruling in July 2011, described some of the offending by West Yorkshire Police officers as part of the worst prosecutorial misconduct he had ever encountered by a police force.

The case concerned perjury, far-reaching conspiracy to pervert the course of justice by West Yorkshire Police officers, supplying drugs and prostitutes to a criminal with over 500 known offences logged against him: Allowing the same criminal to commit serious assault, rape and buggery completely unchecked whilst under police supervision – and providing a female detective constable for the criminal’s own sexual gratification.

Not one single officer, out of nineteen involved in Operation Douglas, faced any criminal or police misconduct proceedings as a result. Another truly remarkable ‘cover-up’ executed by WYP, in plain sight, and in the face of mass media coverage of the scandal. A police force enamoured with its own sense of invincibility laughs in the face of law, order and justice yet again.

Liston was given similar licence to the famous Supergrass, in terms of immunity from prosecution or meaningful misconduct sanction, to secure his continuing compliance in the Professional Standards Department conspiracy, led by DI Michael Green, that ultimately imprisoned a fellow police officer, PC Danny Major.

Green maintains to this day that he did nothing wrong.

It is plainly apparent that the subsequent rationale, and overall strategy, of the Command Team officers above them, led by then ACC John Parkinson (who later had a brief, but ill-starred, term as Temporary Chief Constable following the abrupt departure of Norman Bettison in October 2012), has always been closely connected to protection of the witnesses whose false evidence, effectively, condemned PC Major to serve a prison sentence for a crime he didn’t commit. Both former chiefs have always denied any wrongdoing.

One of those key witnesses at the PC Major trials, three in all, was career criminal, Kevin Liston, who committed his first offence before he joined the police, when he threw a member of the public through a shop window. A CPS plea bargain saw the assault/ABH charge dropped against the ex-Army man and he pleaded guilty to criminal damage.

This is the Liston tariff that was known about when a file was handed to Greater Manchester Police in April, 2013 when they were appointed as an ‘outside force’ to investigate the wrongdoing of West Yorkshire’s Professional Standards Department.

a)    Sexual assault on a female police officer. Caught on CCTV.

b)    Sexual harassment of another married police support officer,

c)     Offering to supply drugs to off duty police officer,

d)    West Yorkshire Police know, and CCRC confirmed, that PC Liston is a drug user and has a drug habit.

g)    Assaulted female friend of his partner in same incident.

h)    Assaulted another male in a pub brawl.

k)      Theft of police property (truncheons, cs spray, uniforms). This was after a Pontefract male arrested in official police uniform supplied by PC Liston to the offender.

l)     Found in his car drunk by police after consuming alcohol and drugs.

m)   Allegation of conspiracy to pervert the course of justice.

o)    Two occasions he has gone missing when faced with with internal investigation. One involved use of illegal drugs.

GMP told Danny’s father, retired police officer, Eric Major, and Neil Wilby, the author of this article and who was acting as the family’s complaints advocate at the time, that ‘you were 70% correct, there were in fact 22 offences in total, not 15’.

After a six year, unchecked crime spree, in the Autumn of 2012, PC Kevin Liston was finally forced to leave West Yorkshire Police on ‘health grounds’, with pension intact, but without being prosecuted for a single criminal offence. That followed yet another assault incident, this time involving a taxi driver.

The Professional Standards officers tasked with shielding Liston throughout most of this period were DI Damian Carr and a PSD officer convicted, in 2012, of child sex abuse offences, DC Mick Vause.

The whole episode, from start to finish, beggars belief and shakes at the very foundations not just of West Yorkshire Police but the former Police Authority, the Office of the Police and Crime Commissioner, successively chaired by Mark Burns-Williamson between 2003 and 2021, the Crown Prosecution Service, Her Majesty’s Inspector of Constabulary, the Independent Police Complaints Commission and the judiciary, who have all tolerated this outrage.

All were made well aware of Liston’s criminal activities – and the police cover-up surrounding them – and did absolutely nothing.

The currency of this crime catalogue runs parallel with the 9 year incumbency of Burns-Williamson as Chair of the now defunct West Yorkshire Police Authority. His oft-repeated and key stance in 2012, as a the Labour Party candidate for PCC in the 2012 election, was that “There is no corruption in West Yorkshire Police“.

The independent candidate in that PCC election was retired WYP detective, Cedric Christie, who ran a truncated election campaign of less than four weeks, with limited funds and aided by a group of around a dozen inexperienced helpers, including Campaign Manager, Neil Wilby. The single election strand was anti-corruption, to drive out the miscreants in West Yorkshire Police.

Up against a highly motivated and massive county-wide Labour Party machine, and a vicious smear campaign organised by them and facilitated by their friends in the local and regional media, Christie finished second in the poll, beating well organised Conservative and Liberal Democrat candidates, with the vote going to a second count. It was an astonishing result, on any independent view.

With a slightly longer, better preparation and even a smattering of political nous, Ced Christie would have been elected as the first ever PCC in West Yorkshire by a comfortable margin.

The terror on the faces of the Labour entourage at the election count in Cathedral House, Huddersfield told its own story.

Judge for yourself whether Burns-Williamson was a fit and proper person to serve the public and hold a police force to account. An organisation that contained dozens of officers who, apparently, engaged in an evil and widespread conspiracy to pervert the course of justice. Most have now safely retired.

At the top of that list has to be successive Heads of Professional Standards. The one who first procured what is termed the ‘cover-up’ investigation, C/Supt Ian Kennedy, and his deputy at the time, Supt Angela Williams (now an assistant chief constable with the same force) was followed by those whose brief, seemingly, was to keep it buried: C/Supt Sarah Brown, C/Supt Andy Battle (later promoted to assistant chief constable) and self-styled ‘Big Boss Hogg’ Marc Callaghan, who was later to become a senior staff officer in the PCC’s office. None admit to any wrongdoing, whatsoever.

The Greater Manchester Police investigation that began in 2013, codenamed Operation Lamp, concluded in December, 2015 with a damning 506 page report (read more here). But no officer had been arrested or charged with any offence, including Liston.

In May, 2013, at a meeting between Operation Lamp detectives, Eric Major and Neil Wilby, who represented the family in tough negotiations over the terms of reference for the investigation, the latter two were told by the Senior Investigating Officer, Superintendent Peter Matthews (who retired shortly afterwards) and his deputy, Inspector Julian Flindle (last noted as a superintendent in GMP’s anti-corruption unit), that the investigation materials handed to them by the Major family meant that the investigation was, in effect, 70% complete and they expected to be able to report fully ‘within six months’ and anticipated Danny Major to be fully cleared.

No satisfactory explanation has ever been given for the investigation stretching deep into its ninth year.

Neither has any explanation been given by GMP, or any other stakeholder, for ignoring the reference term ‘go where the evidence takes you’ that Neil Wilby fought so hard to have included at the outset of the Operation Lamp investigation.

© Neil Wilby 2015-2021. Unauthorised use, or reproduction, of the material contained in this article, without permission from the author, is strictly prohibited. Extracts from, and links to, the article (or blog) may be used, provided that credit is given to Neil Wilby, with appropriate and specific direction to the original content.

Corrections: Please let me know if there is a mistake in this article — I will endeavour to correct it as soon as possible.

© Neil Wilby 2015-2021. Unauthorised use or reproduction of the material contained in this article, without permission from the author, is strictly prohibited. Extracts from and links to the article (or blog) may be used, provided that credit is given to Neil Wilby, with appropriate and specific direction to the original content.