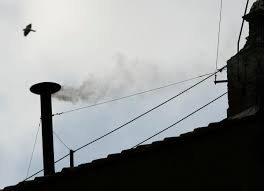 Much has been written both on this website and elsewhere in the media about a disgraced hyper-local political party that sprung up in early 2019 in a suburb to the north east of Manchester, writes Neil Wilby.

The latest article about the Failsworth Independent Party (FIP) was published as recently as Friday 25th February where their achievements as a Party and those of the their three elected councillors were chronicled (read ‘Square Root Of Nothing‘ in full here).

It didn’t take long to write as, actually, there aren’t any. Despite regular exhortations to their supporters to tick some off. Noisy on most other subjects, especially smearing their critics and opponents, the FIP supporters and Party officials are conspicuous by their silence on this topic.

A normally reliable local source had said, around three weeks ago, that the meeting of FIP members was scheduled for the weekend of 26th/27th February, 2022. One of their three councillors, the controversial Mark Wilkinson, says on social media that it is at these gatherings that the Party select their election candidates.

There is nothing on the FIP website, or their Facebook page, to suggest that the meeting was either arranged or, in fact, took place. So, with just 66 days to the Oldham Council May elections, the citizens of Failsworth are no wiser as to whom will represent the independents. The deadline for nominations to reach the Returning Officer, whom this year will be Council chief executive, Harry Catherall, is 30th March, 2022.

Ex-soldier, Paul Wadsworth, who runs the controversial ‘vigilante’ group in the town, Failsworth Street Patrol, had been expected to be amongst the nominations. But he withdrew two weeks ago, amidst a series of embarrassing revelations on the increasingly influential and fast-growing Failsworth Moan Facebook community group (read more here).

But the weekend did not pass with out controversy. Hot on the heels of Cllr Brian Hobin‘s extraordinary juxtaposition on Greater Manchester’s controversial Clean Air Zone proposals (‘we were confused and didn’t know what we were voting for’), they absented themselves, as a group, from the show of solidarity for Ukraine, held in Manchester city centre, on Saturday.

Brian Hobin is a past guest on RTUK TV, the Russian State propaganda arm, which may leave him conflicted. He has been unable to explain why, as the party’s Group Leader on the Council he was absent from the protest against Russian aggression. Neither has Kathleen Wilkinson, the Party Chair, or their other elected Member, Neil Hindle, who struggles to make it to meetings at the Civic Centre having attended just four from eight, so far. Mark Wilkinson said on Twitter he was working on Saturday afternoon.

There is no policy statement, or words of support, for the Ukrainians on either the FIP website or their Facebook page. Particularly, in relation to the acceptance of refugees from the war-torn East European country.

The Oldham Labour Group were represented at the Ukraine protest by Failsworth West councillor, Pete Davis.

© Neil Wilby 2015-2022. Unauthorised use, or reproduction, of the material contained in this article, without permission from the author, is strictly prohibited. Extracts from, and links to, the article (or blog) may be used, provided that credit is given to Neil Wilby, with appropriate and specific direction to the original content.